10 Scary Facts About The Ocean

Throughout history, mankind has managed to explore only 2-5% of the ocean. And even the new information does not give us a complete picture but only once again proves that the water element is one of the most mysterious and scary. I will put you through 10 scary facts about the ocean.

400 years ago, legends about mysterious waters in the Indian Ocean, which turn whitish-blue and shining, circulated among sailors. In 2005, a group of scientists decided to explore this mysterious phenomenon. They managed to discover a place where the water really looked like radiant milk. Scientists have found that this effect appears due to the vital activity of bioluminescent bacteria called Vibrio harveyi. By their radiance, bacteria attract aquatic inhabitants and thus fall into the most favorable place for living – the intestines of fish. 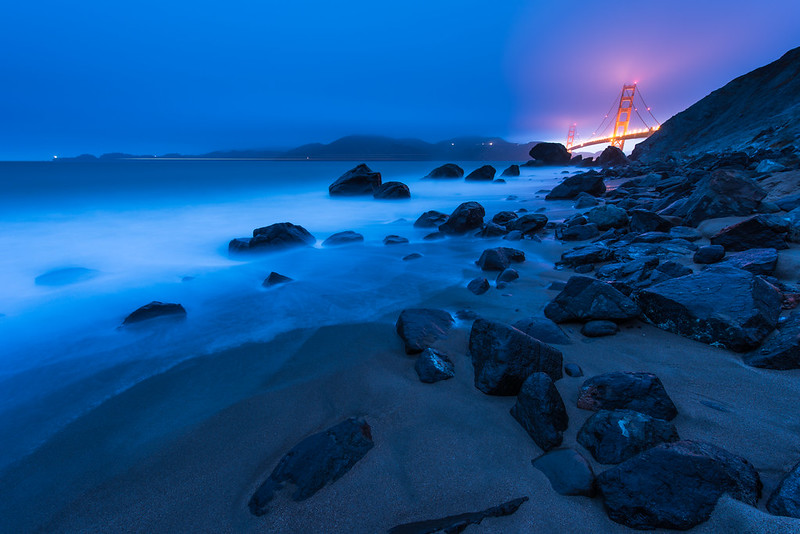 This unusual well is located on Cape Perpetua in the central part of the Oregon coast. A stone funnel during the ebb and flow of the river is picturesquely filled with the waters of the Pacific Ocean. Boiling waves with noise and splashes fill these “gates into the underworld” and splashback to a height of 6 meters. It is noteworthy that scientists still can not explain the appearance of the recess and explore its bottom. It is assumed that the well is connected to a network of underwater caves. 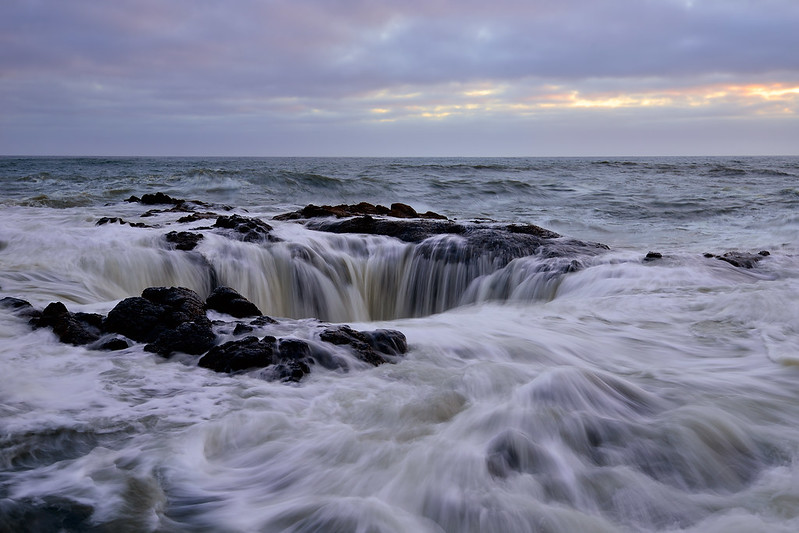 You can see this impressive sight on the shores of the Le Morne-Braban Peninsula, which is part of the state of Mauritius. Powerful underwater currents constantly move sand and silt layers along the uneven coral bottom. Water cascades with swirls of grains of sand fall from the surface to the very bottom, which is why the effect of an underwater waterfall arises.

Red tide  is the common name for the phenomenon, which indicates the sudden mass reproduction of brown algae. The waste products of this biomass bind all oxygen, so the fish in such water immediately die. Such a beautiful but dangerous phenomenon is characteristic of the rainy season.

Such an oceanic meadow can be observed in the central part of the Arctic Ocean. Ice sculptures on the border of air and water arise only in very dry air, the temperature of which should be lower than the temperature of the water. Scientists say that these surreal flowers bloom right in front of their eyes and can reach 6–7 cm in diameter.

This place is also called the Dragon Triangle . So the fishermen called the waters around the island of Miyakajima. Sailors fear this place and try not to cross it. Neither fish nor birds live in the Devil’s Sea. But often the most powerful storms and storms literally break out with nothing. It is not for nothing that researchers call this place the Pacific Bermuda Triangle.

Halocline  is a phenomenon that was described by Jacques Yves Cousteau when exploring the Strait of Gibraltar. Due to the different density, salinity and temperature of the water there is a clear boundary between the two seas, which practically do not mix. In the Danish city of Skagen, standing on the shore, you can see the meeting of the North and Baltic Seas. 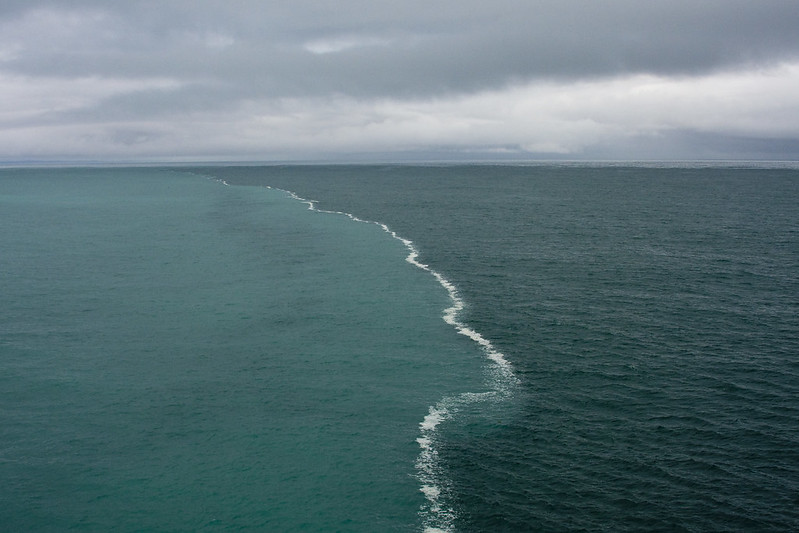 Do you think these are ordinary algae? Not at all, all these are water snakes . Their poison is very dangerous, but snakes are quite peaceful if they are not disturbed. Many years ago, these snakes were terrestrial, but, for unknown reasons, left the land and settled in the seas and oceans. They can be under water for about an hour, absorbing oxygen from the water with the help of the skin. Snakes are disguised as rocks, underwater plants or algae to lull the fish and watch them vigilantly. 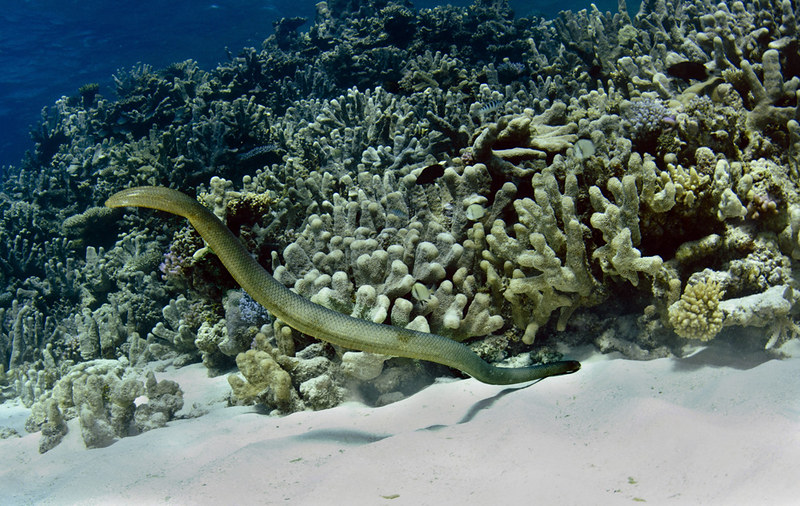 A mass of water, rotating at a tremendous speed, forms a funnel, which draws in not only people, but also ships. Most often, water tornadoes form in narrow straits. The peak of the tide comes, the ebb begins, but a huge mass of water does not have time to return back. Then the ebb tide collides with the tidal stream, the water begins to rotate in a small space and tends to the outer edge of the whirlpool, creating the effect of a funnel. 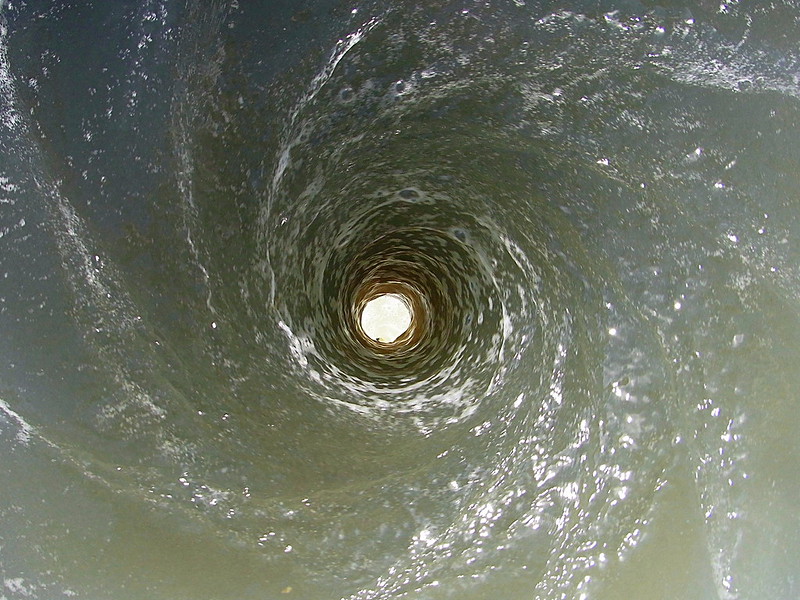 Pyrosomes, or fireworks, are very rare underwater creatures. Because of this, divers compare them with unicorns. The pyrosome looks like one whole organism, although it actually consists of many small ones – zooids, which reproduce exact copies of themselves. Pyrosomes can grow to the size of a whale. 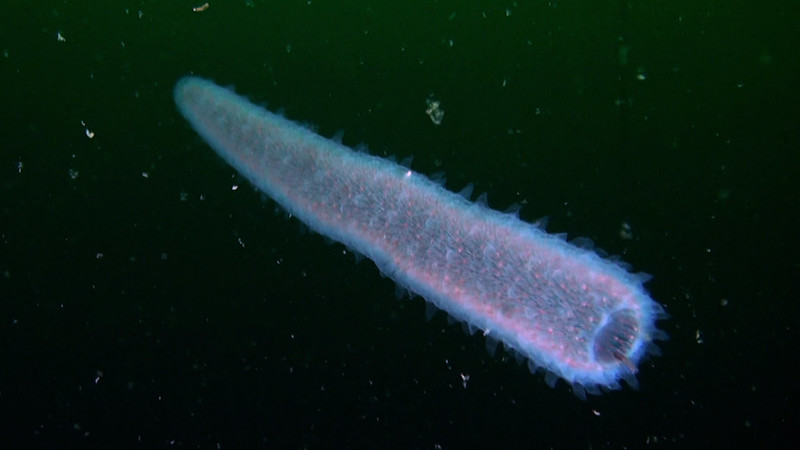 If you missed out on our last exciting article visit https://www.agathaezepue.com/gel-manicure-pros-and-cons/ and see you on our next post.

Myths And Facts About Stretch Marks

25 Most Dangerous Animals In The World

A Nigerian born, hailed from Anambra State. She is a model, photographer and an architect. She also loves music, nature, dancing, photography and singing. She has marked herself from the crowd with her unique smile, style, hair and gorgeous good looks.